Impact of U.S. NAFTA Withdrawal will be Negligible for Many Canadian Companies – Here’s Why. 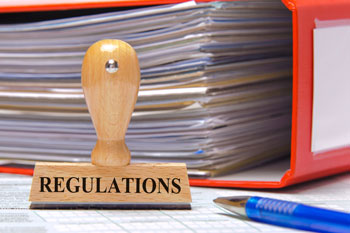 U.S. President Donald Trump’s threat to pull out of NAFTA has caused much hand-wringing north of the 49th parallel.

The consequences of a U.S. withdrawal appear to be dire for Canada considering 75% of Canadian merchandise exports go south of the border. However, a recent article by Nick Taylor-Vaisey in Maclean’s magazine, reveals some surprising facts about current NAFTA usage by Canadian companies, which signals little impact for most exporters should the trade agreement go down.

While NAFTA may have been a boon to many Canadian exporters whose products attracted high-rates of duty when it was launched in 1994, those barriers have largely disappeared. According to the Canadian Centre for Policy Alternatives, 41 per cent of Canadian exports to the U.S. are already zero-rated by virtue the country’s membership in the World Trade Organization (WTO).

If NAFTA were to end tomorrow, about 60% of goods would see virtually no change in the tariffs assessed on them, and nearly 80% of all Canadian exports to the U.S. would face tariffs of 2.5% or less according to economists from Scotiabank.

Even more astonishing is the fact that only about half of Canada’s non-fuel exports currently make use of the preferential tariff rates available to them under NAFTA.

Why have Canadian exporters forsaken the preferential tariffs they are entitled to under NAFTA?

Given the choice between marginally higher duties and significantly more administrative costs, it’s no surprise that many Canadian exporters have already concluded that NAFTA is just not worth the bother.